(A/N: I did it! I completed my personal goals as well as getting the “boost” medal for doing more than 25,000 words. AND I posted every day for a whole month! What a huge achievement! This is also the final post for this generation, so that’s another big achievement. I hope you enjoyed reading along with Corina’s journey!)

Meilani and Austen’s wedding was on a gorgeous sunny day at the restaurant, which had been nice enough to add a wedding arch just in time for the ceremony.

They cut the cake and fed each other, as tradition dictates…

And then everyone else shared in the cake. I had gained more family members, and I was so proud of Austen. 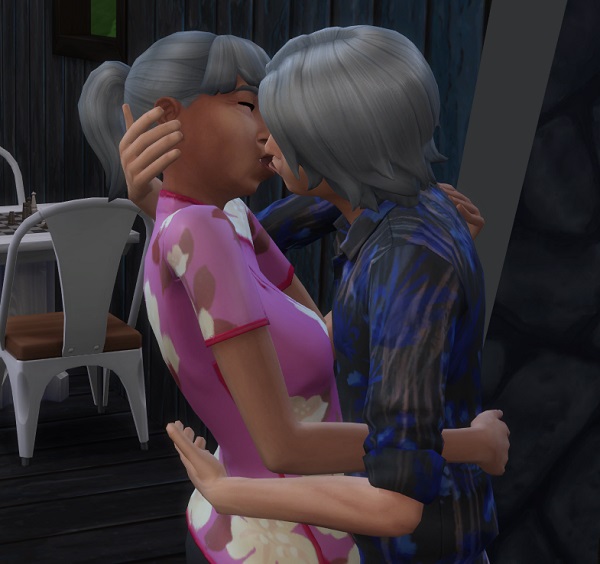 I had a feeling from the touchy-feelies I saw between Rarahu and Kaleb at the reception we held at our house after the ceremony that he wouldn’t be single for much longer, either.

Kimber seemed to have a great day socializing with family, although I was exhausted and had gone to bed. She played hostess for the rest of the event, and it turned out amazing. 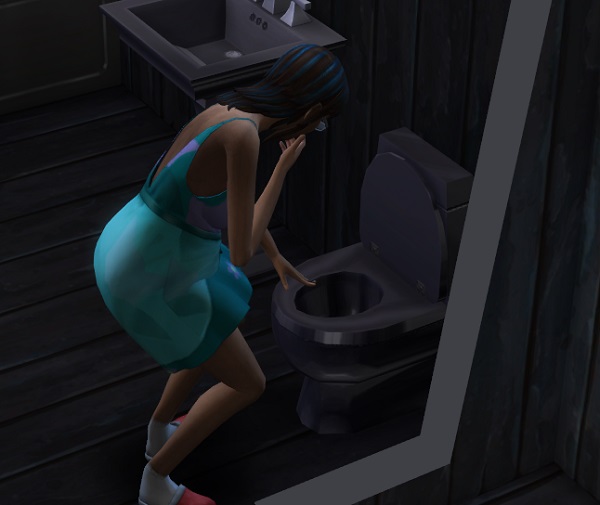 Meilani’s pregnancy has not been easy on her. But I’ve been here to support her so she hasn’t been alone while Austen is at work. 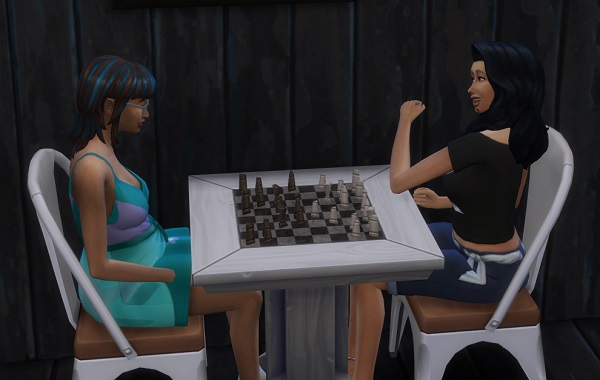 We’ve spent quite a lot of time getting to know each other, though, and it’s been great. She’s really a great girl. Austen chose well!

On another note, my nephew Kyler finally came to visit Sulani from the city. In honor of this, I started another impromptu family reunion.

The only one who didn’t attend was Kaleb’s little boy, Grayson, who I have yet to meet. 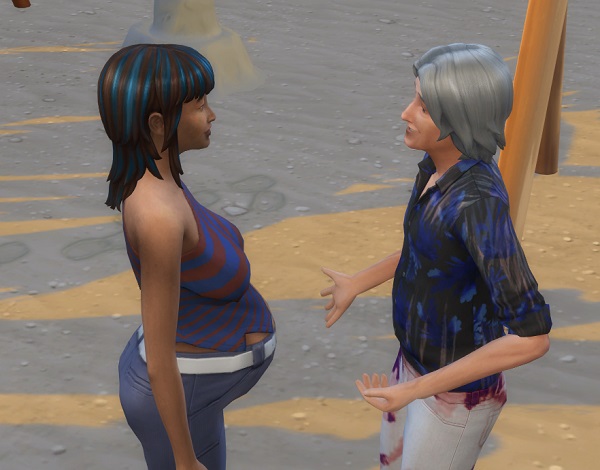 Kaleb had big news, however, he and Rarahu had finally tied the knot. Apparently he had waited so long because he had been “taking care” of his parents.. and now he felt it was time to take care of himself. I agreed wholeheartedly.

Kaleb tried cooking again.. only he’d gotten better at it….

So this time we all had hot dogs made by him, and they were truly excellent. 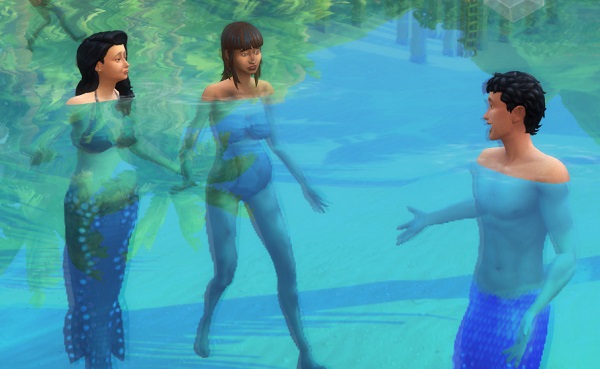 Meilani had a little accident, having not been able to hold it all the way to the restroom.. but I can understand. Pregnancy does awful things to one’s bladder. Shortly after this picture, I took her home with me so she could get some sleep. The rest of the family stayed on at the beach.

Kimber met an Azure dolphin, and it was so cute to watch them play… luckily Rangi took some pictures.

Also, my newest nephew, Grayson, finally made an appearance (he’s the little one in this picture) and Kimber and he apparently got along famously. 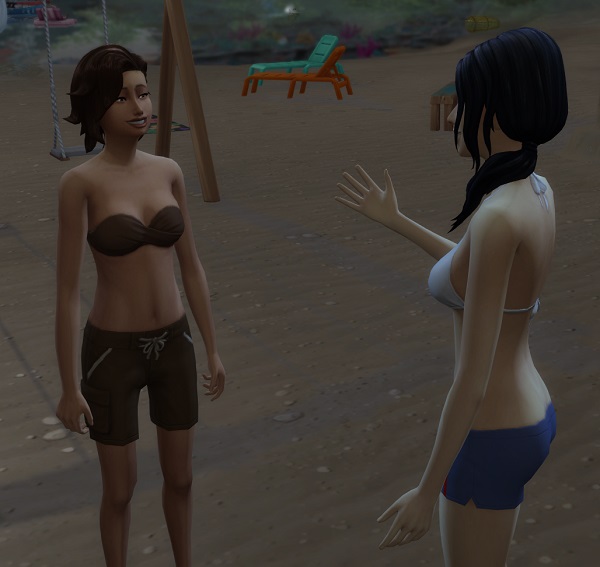 Kimber was the last to leave the beach, and even met a local teen named Leinani. 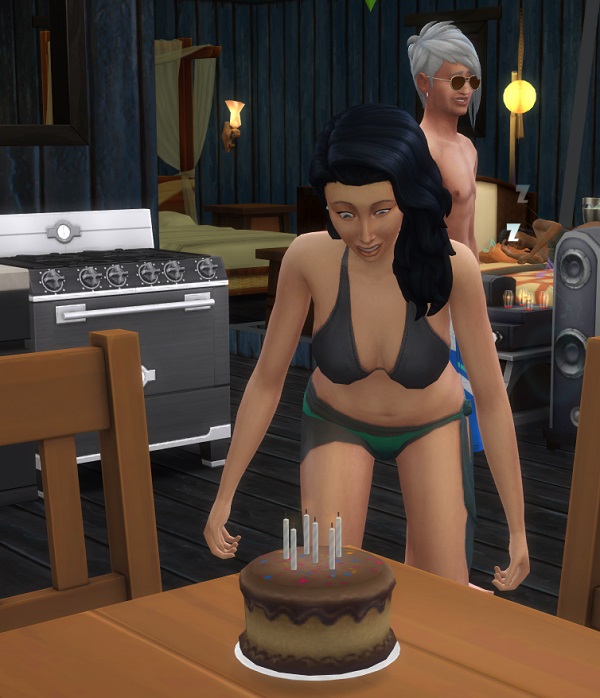 The next day was bittersweet, as it was my Elder birthday.

But it was also New Year’s Day, so there was still so much to celebrate on what had been a big year.

Kimber toasted the whole family, and everyone made their resolutions. We didn’t watch the new year’s TV because.. well. we’d never had a TV.. and I didn’t see the need to start with one now. 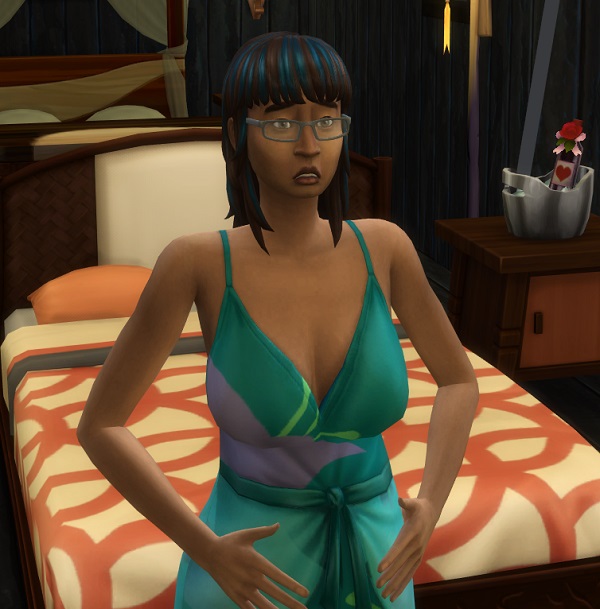 Yep.. that night, it was time. 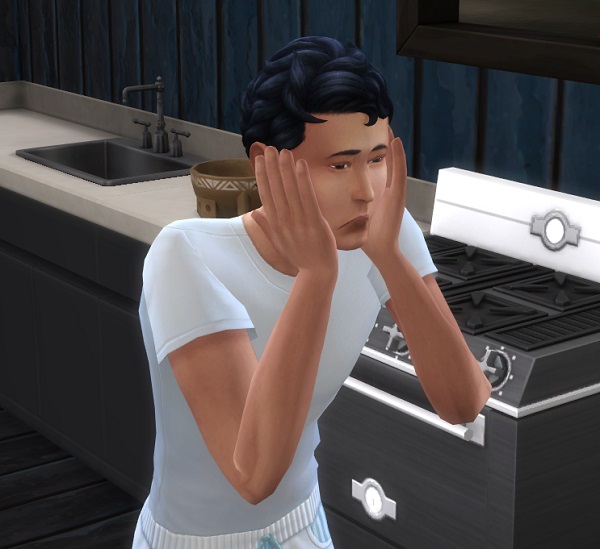 Austen utterly panicked, as most fathers do… 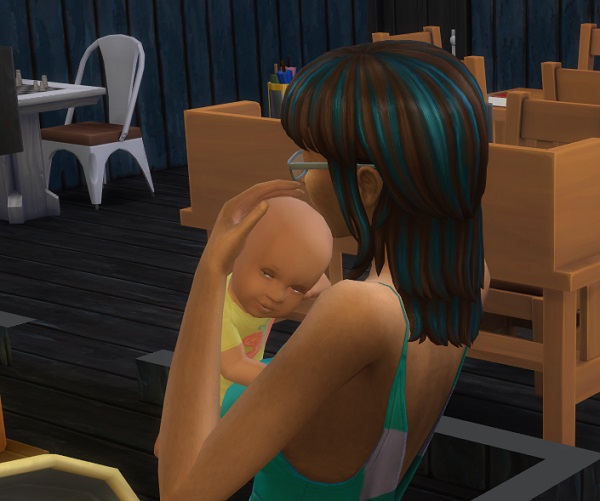 But Meilani was a pro, and a little girl, Kaci, joined the family.

The next day.. I baked yet another special coconut cake (Kimber’s favorite) and we all watched her pack her things as she picked her new home on the island (right down the hill from us!) and moved out on her own. I had faith she would do amazing things.. and carry on the legacy. I gifted her the mermadic kelp I had gotten from my mother when I moved out so she could change whoever she chose as a mate, and she left with a big, hopeful smile on her face. I held back the tears until she left, wondering how much we would see of her… but I hoped it was a lot, since she wouldn’t be living very far away. I knew in my heart she would be an amazing heir for this legacy my mother started, and I couldn’t wait to see where she would go.

(A/N: See you in the next post, where Kimber takes over!)