First thing to do: check up on our heir. Meet Caitlyn Rambler. 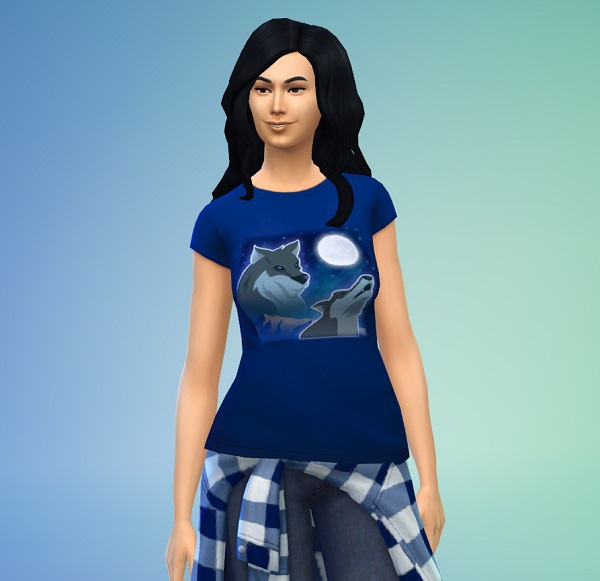 And we’re back to 0 simoleons. Lots to earn to get this generation done. I plan to garden for dragonfruit spliced plants (strawberry+snapdragon) to earn money on the side of her career income. I doubt very seriously I can manage to get the house done to what I want it to look like without the supplemental.

Her rolled aspiration and points to start with: 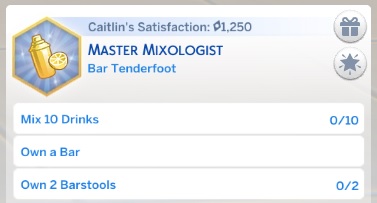 Skills gained while a teenager: 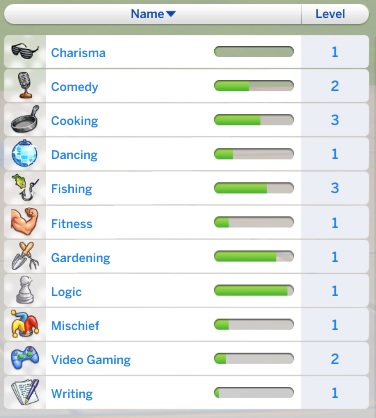 The all-important trait panel: Unfortunately, she didn’t really roll any good scientist-y traits, but at least none of them are really bad.

And lastly, our starting mood: (thank goodness it’s pretty good.. I’ve learned to wait until they’re mostly green before aging up. The only real drawback this time is she’s still got a day left on her cowplant drained moodlet, so she’ll be a little uncomfortable to start with.)

Secondly, I roll for lot traits: (On a ley line – ACK!, Gnomes – cool, never played with that one before, and Great Soil – that’ll help with our garden at least. The only one I’m really going to have to watch for is that ley line. Multiple births are such a chaotic thing to a household!) 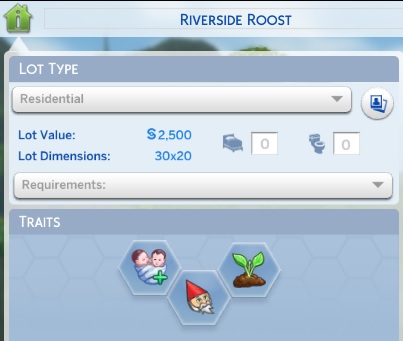 Last thing to do is check our new goals:

This is the first house that job starts playing a factor… and an active career, no less. So things should be interesting. I know the last time I played this house it was quite a challenge.

Before I do anything else, I have Caitlin get a job. Scientist, of course. 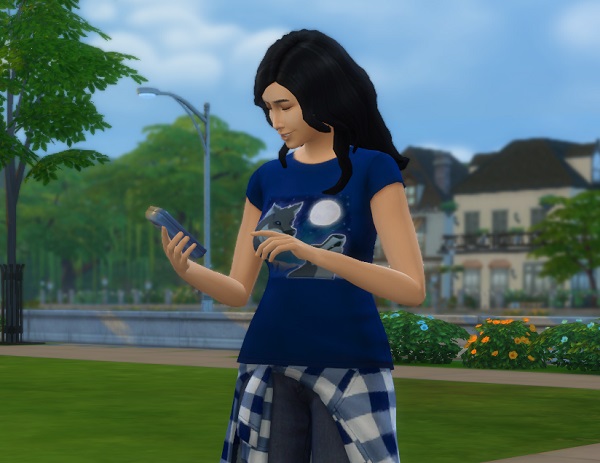 And the game even gives me the level up bonuses for a change. (Historically, my game skips this step and makes things harder on me.)

Next, I set Caitlin’s aspiration to the Curator. For the beginning of this challenge, it’s not like she’s going to have access to a bookshelf or chess board to start working on her Nerd Brain (the main one I’ll be working on this generation). I might as well get some points by collecting stuff.

Now that everything is all set up finally.. I send her to do pretty much the only thing she CAN do.. fishing. As she gets some fish (since she had level 3 fishing from fishing with her mom in the last house), I notice mom strolling past. The last picture I get of her before she passes on.

By night time, this is what I’ve got for her. Food, a place to pee, and a air mattress for a bed. Better than nothing, there, Caitlin.

The next day: I get enough strawberries (from the lab) and snapdragons (from the area around her home) to plant a starter garden. She stays up half the night getting it in the ground and watered.. but that’s ok. She can nap at work tomorrow.. lol.

A shot of her working with the invention bot at work. Those sparks sure look scary! 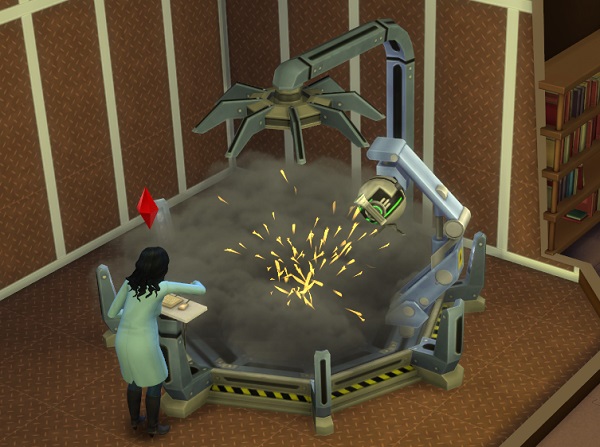 ..And her first promotion. Yay, Caitlin!

Home from work on friday. Now we finally have a real bathroom on the lawn… and the garden is starting to really grow.

Time to meet the locals. I found a couple of young adults at work, but I didn’t like their traits. (unflirty is hard to woo, and noncommittal is tough to marry in).. so I grab this guy as he’s walking past. His name is Elias and I LOVE his red hair. 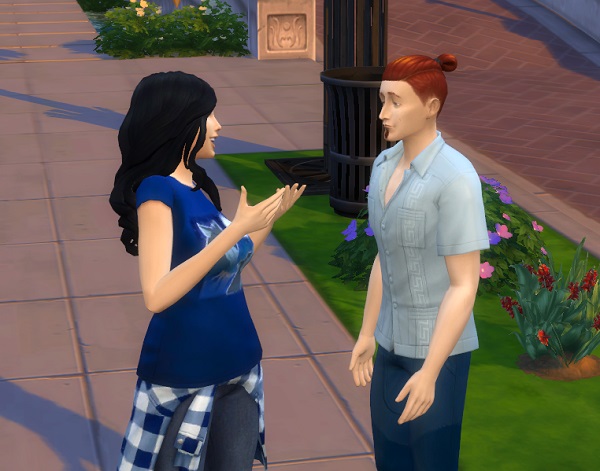 The traits all look good… so we make our move for a first kiss.

One thing after another…

These two are just the cutest couple!

A proposal in the morning.. and it works! One of the fastest relationships I think I’ve ever done. 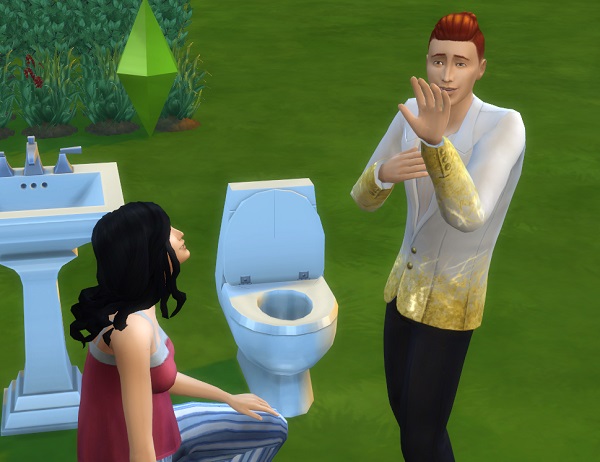 His stats: (yeah, I know, the insane isn’t technically a good trait, but it’s not really all that bad either. He’ll at least be able to talk to himself on all those long days home without Caitlin.)

His job. Since I doubt he’ll get Guitar skill, this is probably as far as he’ll get. 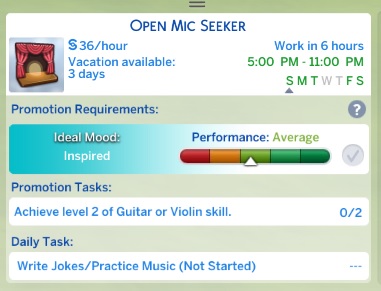 We do have him help with the gardening, though.

And to give them something to do.. I buy a chess set and pretty much the cheapest chairs possible. It’s not like I’m swimming in money yet. LOL.

Hey.. Elias.. you’re not a neat sim.. WHAT ARE YOU DOING?!? (not the only time I caught him doing that, either. He seems to really like cleaning)

The trend that started last time I did this house.. people dying at work. JUST what I needed – a sad moodlet that lasts for two days. Sigh.

We eschew the pity party watching Grimmy and do some work, instead. Somebody has to! 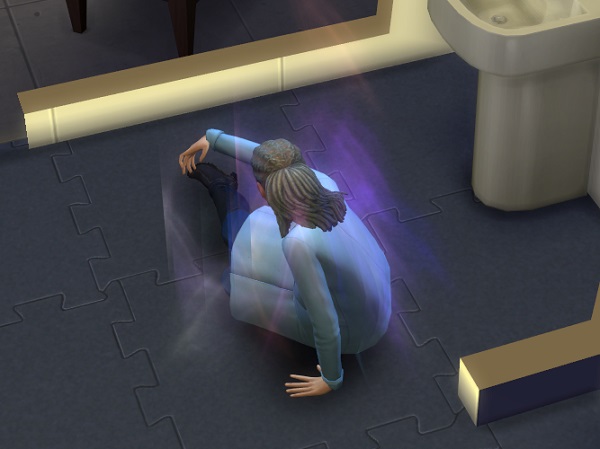 At least we got this for our trouble…

Paying bills on monday night when she got home. Only 189 simoleons. That’s not going to last long. LOL. 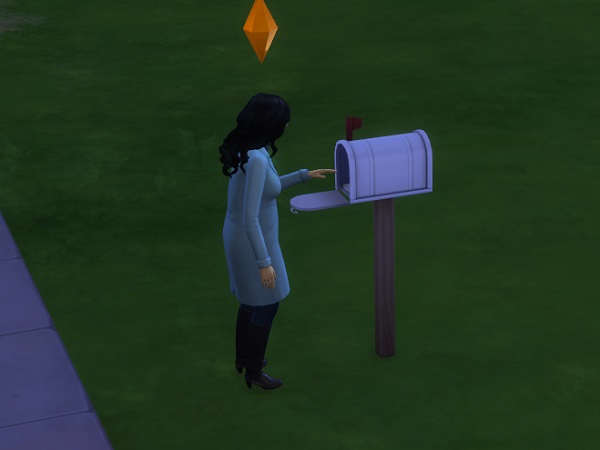 Finally. Level 5 gardening. I spend the next half the night doing the first set of graftings.

… Then let the free gardener (I got free services) do the daily work, since we already have the level 5 gardening I needed.

… What’s this? … The aftermath of a fire at work. I panicked when she got on fire and I completely forgot to take a picture. So here’s the damage it did while poor Caitlin is taking a shower to get the singe off. 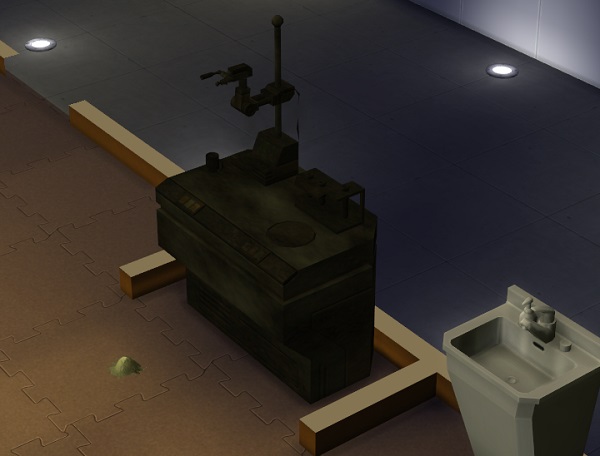 … Jack of all trades at work. Something always seems to be broke.

Finally.. back to the fun stuff. Inventing. I miss sims 3 Inventing skill, that was fun. 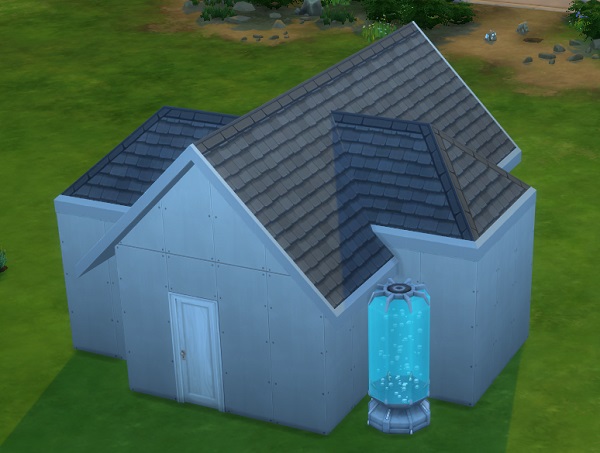 The next day I get the bubble tube in the house, too.

The interior. As you can see, we’ve used the microscope at work when the tasks for the day are done (when the bar is filled up, I work on logic skill or keep her needs up.) 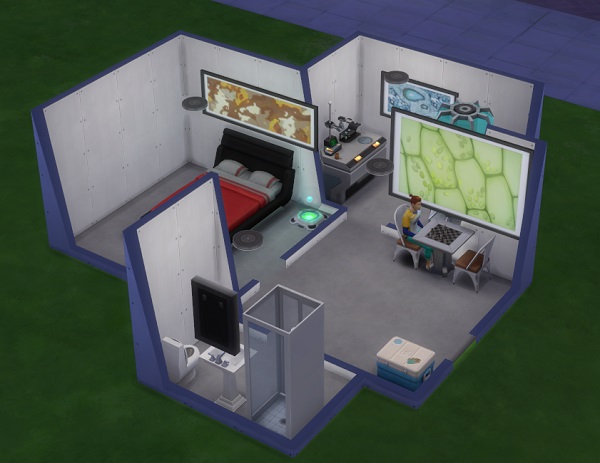 Ah, what the heck, let’s start working on this at work, too.

The next day, I add a second bedroom. It’s immediately necessary, because I’ve found an alien to move in!

Another death at work? Really?

… And YIKES! (At least I remembered the photo this time). 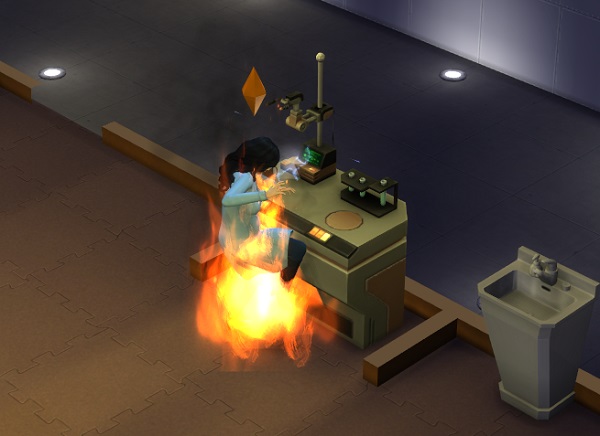 I now have a home laboratory. Locked to other sims.. and not much in it yet.. but it’ll grow. Of other note: She’s now level 6 (Ufologist) in Scientist career. 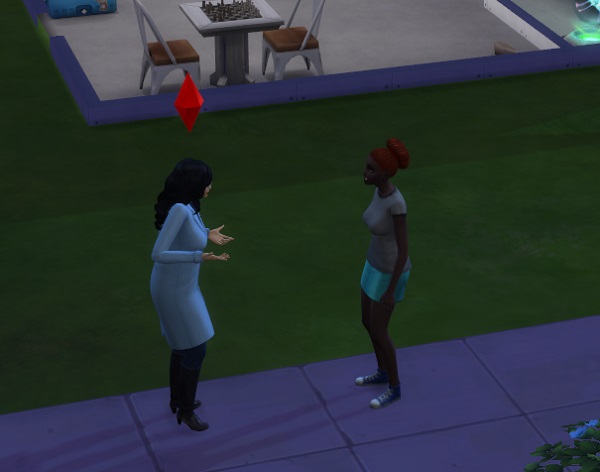 Her stats.. (taken much later, lol.. but they’re the same except she was younger when she moved in.)

… Apparently she really likes chess. Oh.. and I had to make her quit her job at the science place. Apparently you can’t have two sims in the same active career in the same household. It would just send them to work without asking to join. And since I didn’t know that until she was already moved in.. and there’s a hard and fast rule that you can’t move a sim out once they’re moved in.. I figured the lesser evil was forcing her to lose her job. I didn’t get her a new one or anything, because that’s against the rules, too.. but To continue the challenge I had to bend the rules enough to let her at least quit. Now she’s an unemployed housekeeper, basically. LOL 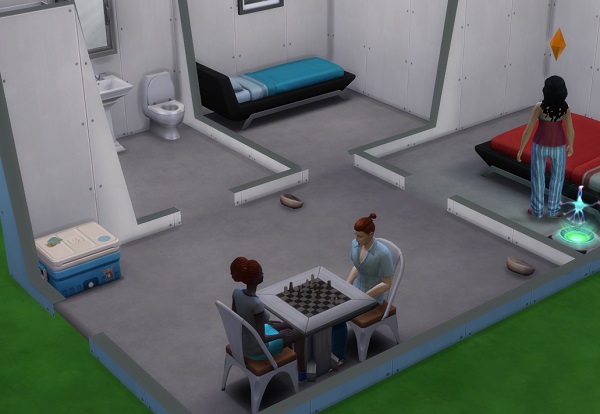 We now have a kitchen of sorts. And a dining room.

.. And a bookcase. Which both of them really seem to love.

And that.. was the first two 1/2 weeks. Not too bad if I do say so. I have enough pictures for one more post, then it’s back into the game for me. (I don’t like getting too far ahead, because it gets hard to manage that many pictures and I start forgetting what I took the picture for.)